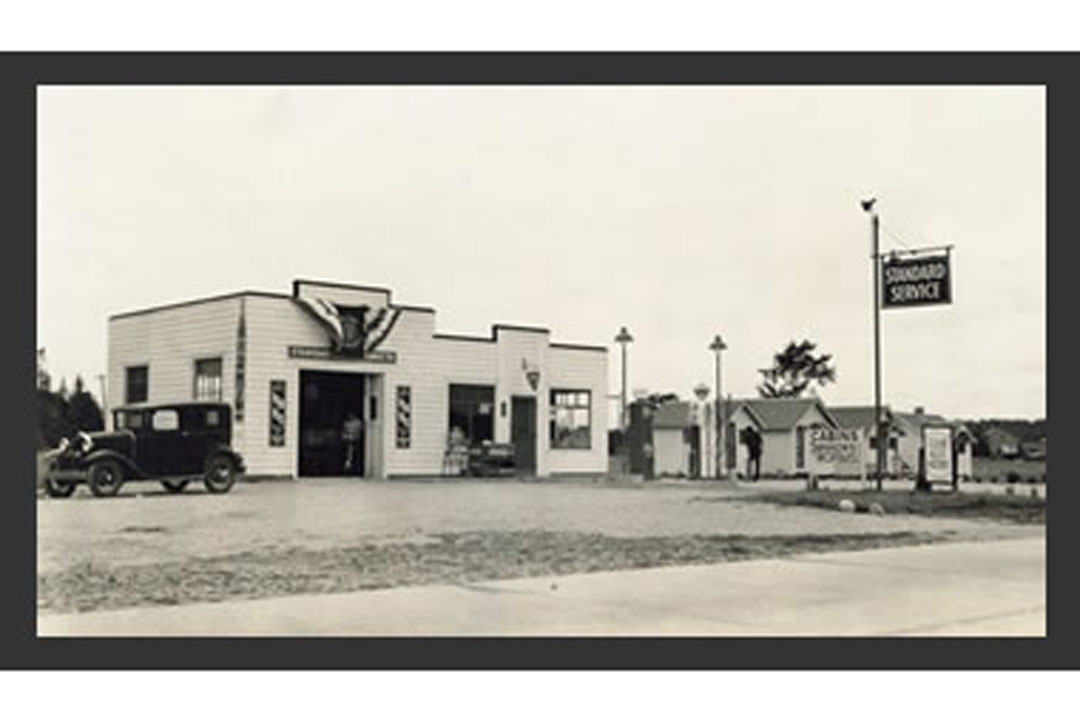 Lindberg’s Cove Resort started as Lindberg’s Cabin and Standard Station around 1936. It was built by Fred Lindberg and son Walfred (Cheese) and financed by Lindberg sisters Ina Green and Signe Lindberg. Ina Green’s husband Bill had a relationship with Standard Oil and so a gas station was built along with the cabins. Fred Lindberg also built wooden boats that went along with the cabins.

Sometime in the early fifties US2 was relocated from the west side of the cabins and gas station to the east side of the cabins. The gas station was turned around to face the new highway and two new cabins were built facing the new US2. Soon after Cheese built his home on the lakeside of US2 and also built more cabins lakeside until he had a total of 18 cabins.

Besides the gas station Cheese also cut ice out of Little Bay De Noc and stored it in an icehouse to sell to customers throughout the summer. The original cabins had had ice boxes that needed ice every day. There was also a small bait and tackle shop built lakeside. Live bait such as minows were netted by Cheese to sell to customers and he would also go out on rainy nights and pick night crawlers to sell to fisherman. A gas pump taken from the old station was placed on one of the docks to sell gas to boaters, but was removed in the early seventies.

The newer cabins were winterized so renting to deer hunters and ice fishermen began to extend the business season year round. Cheese and his father Fred also built fish shacks to rent to ice fishermen. 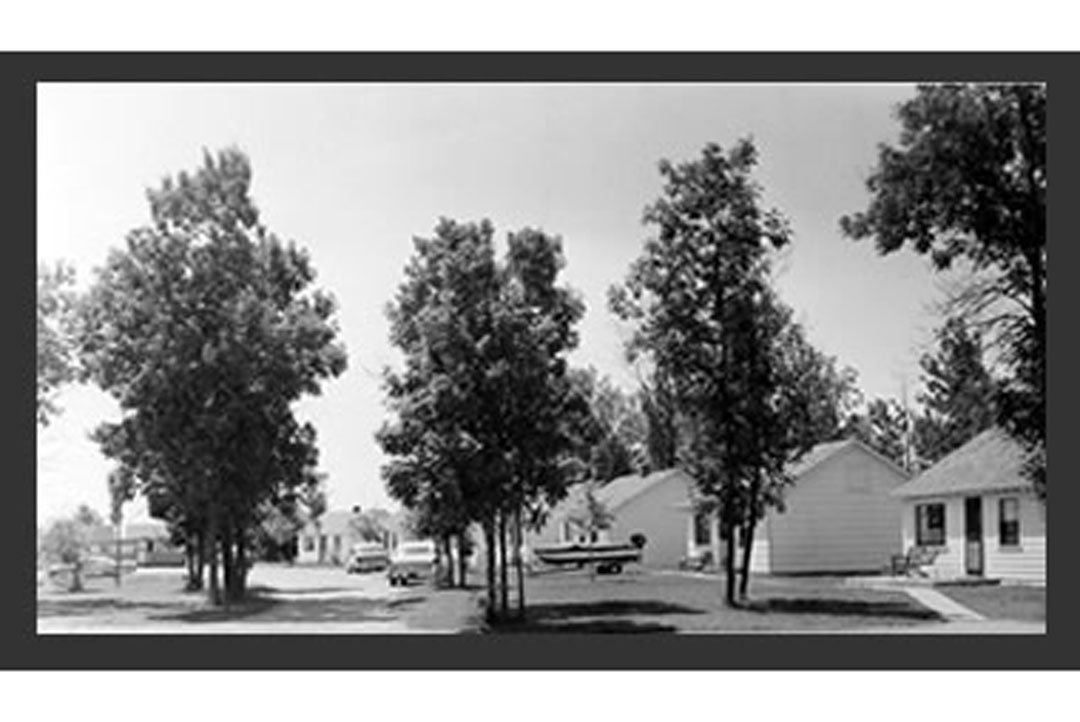 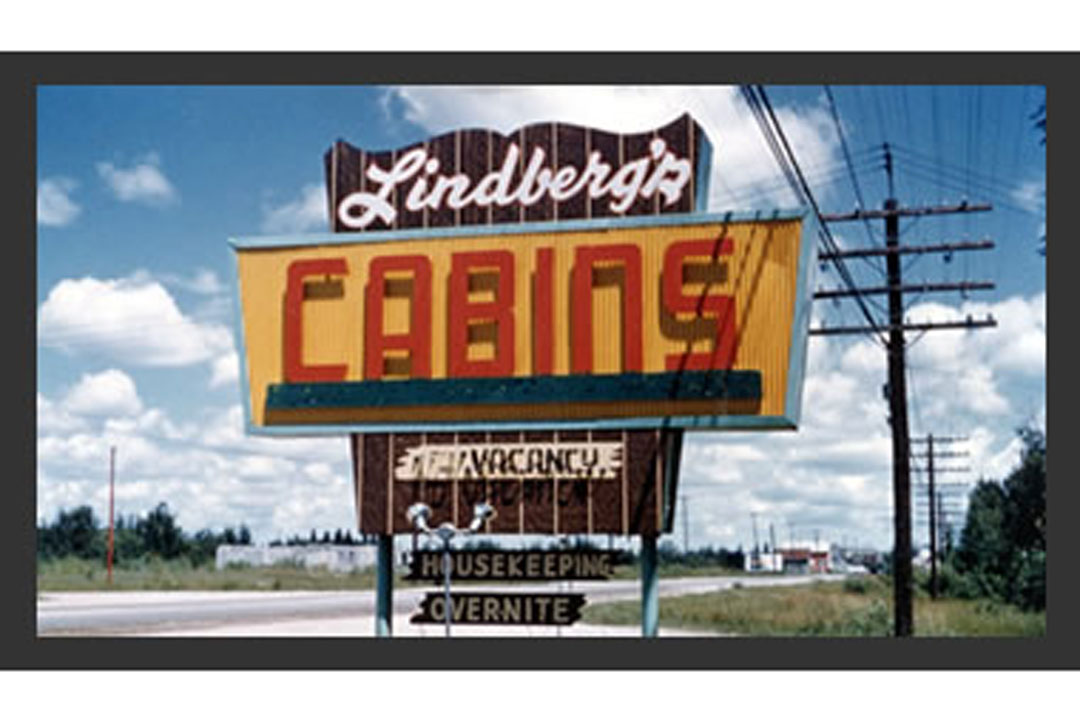 The gas station eventually closed in the sixties and the original cabins were torn down, leaving 9 cabins on Little Bay De Noc. The wooden boats were replaced with aluminum boats. Guest were able to rent a 12 inch black and white TV for a dollar extra a day. Todays fishermen enjoy heat and air conditioning from a thermastst rather than having to light an old oil burner for heat and relying on fans to keep you cool. There are hot water heaters in the cabins. The original cabins had one coal fired hot water heater for all the cabins. Cheese would have to fire up the coal fired water heater every afternoon so that the fishermen would have hot water when they got in from fishing (Modern Cabins). There are now colored tvs, microwaves, and internet in the cabins.

Cheese ran the cabins until 1986 when he sold them to his son John and wife Jeanne who continue to run the resort today.

Generations of fishermen, hunters, and vacationers have stayed with us for the past 70 years enjoying the beauty, bounty, and tranquility of Little Bay de Noc. We hope to continue to provide a great place for you to stay well into the future. 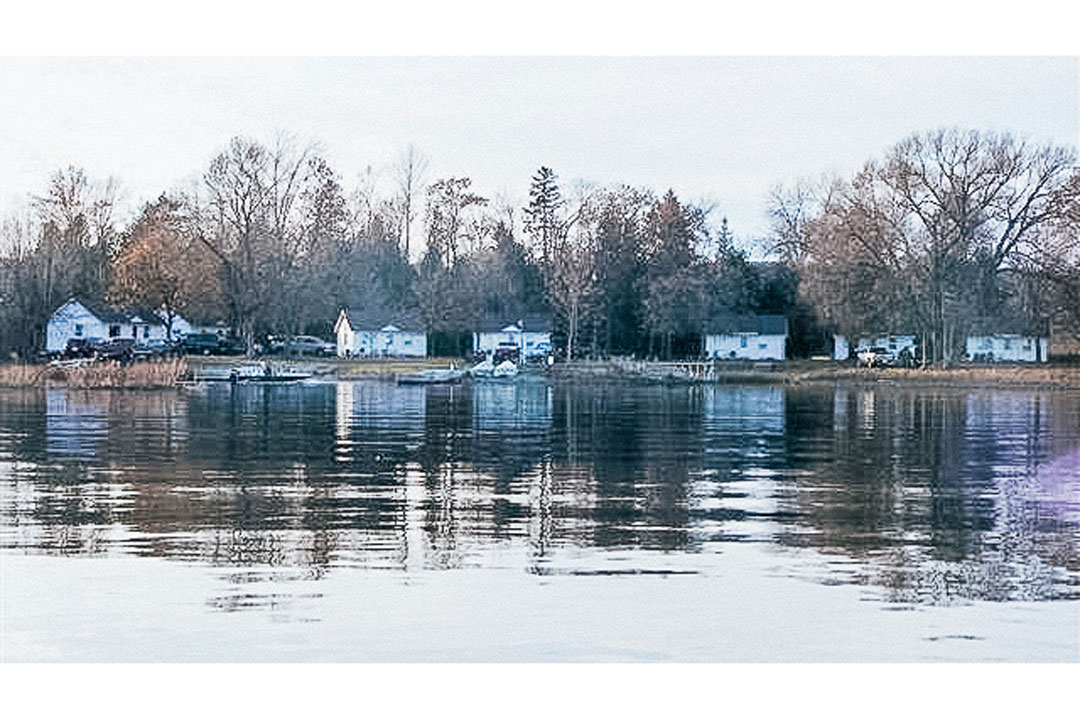 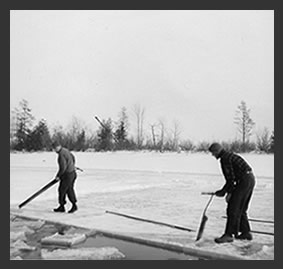 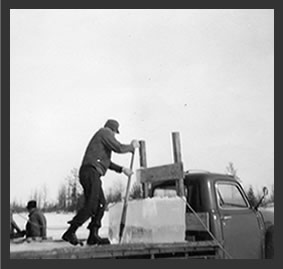 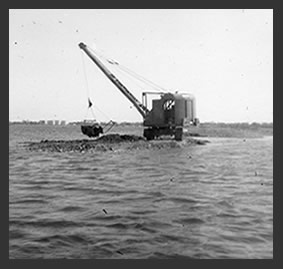 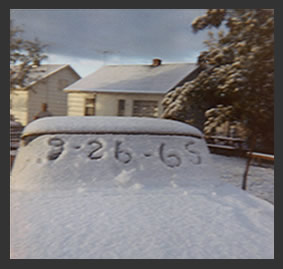 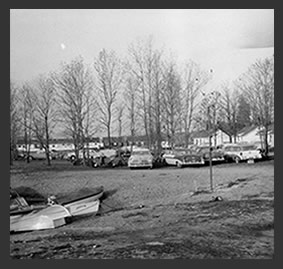 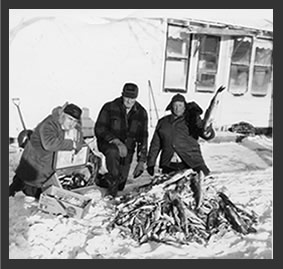 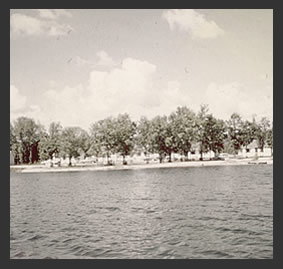 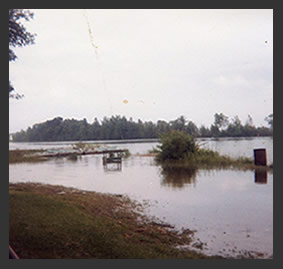 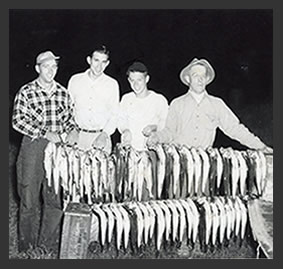 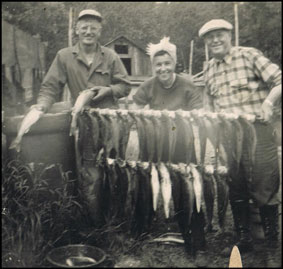 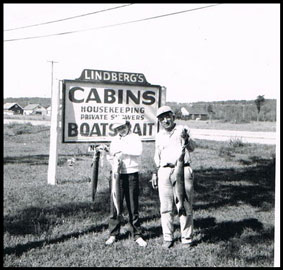 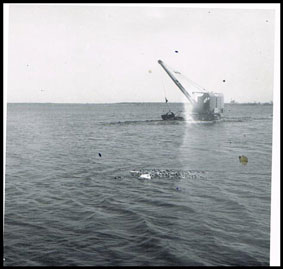 1964: dragline digging channels to get boats thru at low water 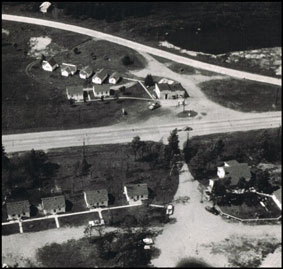 Original resort on top of picture- facing old us 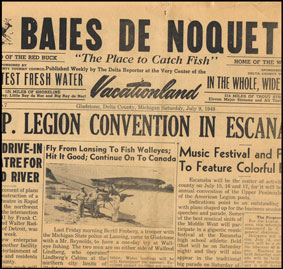 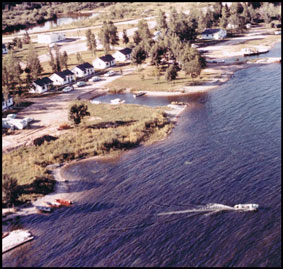 New cabins on the lake and old resort in back ground 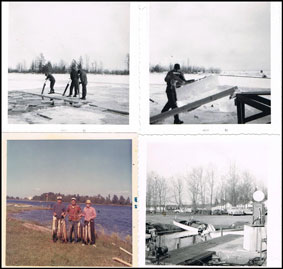 Located on the shores of beautiful Little Bay de Noc in the Upper Peninsula of Michigan.